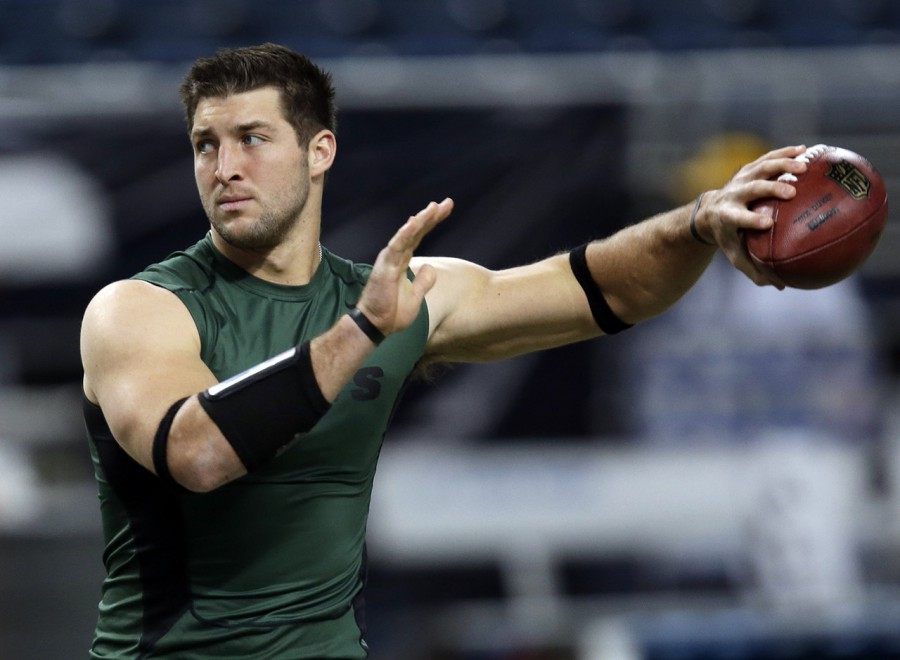 I wrote those words after the news broke that Tim Tebow was expected to sign with the Philadelphia Eagles. Yet here I am.

I have spent the last few years actively avoiding writing about Tebow. I have always felt it was pandering, it is click-bait. I try to be better than that.

So why write about him now?

Because it will be the only time (unless he actually does something of note on the field), the last time.

Tim Tebow is an interesting case study of success at the NFL level. Regardless of what the national media would have you believe his absence from the playing field has little to do with his actual ability on the field. Players with far less actual talent have had chance after chance in the NFL. The difference is the attention Tebow brings just by his presence.

His fan base has hurt him much more than his throwing motion. They are rabid. Honestly much of his fandom has little to do with the football player but much more to do with the man. He is a good man. You would think more of the public would want him to succeed but that is not the case.

As far as football goes: yes Tim Tebow has his issues. Footwork, throwing motion, reading defenses all could use work. But his leadership is off the charts.

He does throw an ugly pass. That does not matter. All that matters is that it gets from point A to point B. Philip Rivers throws and ugly pass, yet he is elite.

This is Tebow’s last shot.

Can he do enough to stick as a specialty player?

Can he finally get the opportunity to actually develop? Something that never happened anywhere else he played.

I think it is a long shot. The media will milk it for every stinking click they can get. All I hope for is a couple of moments of magic as he rides out into the sunset.

Tebow time is quickly running out.

One thought on “Last Call for Tebow Time”