I wrote this column last offseason but it always bears repeating.

There are times when I think the fans are the ones who need to be drug tested.

This is one of those times. Over this past weekend I have heard fans suggesting that the Miami Dolphins start Matt Moore over Ryan Tannehill. This was after Moore gifted the Dallas Cowboys with a pick-six during their preseason game Saturday night, against the backups no less. I can understand getting excited by Moore moving the offense down the field, he is an excellent backup quarterback. I even understand the frustration of Tannehill having difficulty connecting on the long ball with Mike Wallace(perhaps the receiver should receive some of the blame). But start Moore over Tannehill? I do not see it.

Do these fans remember the last time Matt Moore played during the regular season?

I will remind you. Moore took over for an injured Tannehill during the 2nd half of the Buffalo Bills game. He manage to complete 2 out of 6 passes, worse still he completed the same number of passes to the Bills. Two completions and two interceptions. It was a bad day for Moore. Not that he cannot do better, he has, but with that memory is that who you want replacing a very promising young quarterback?

It seems ridiculous. But it is understandable. Every fan wants that elite quarterback, they want Tom Brady or Aaron Rodgers. The problem is there are only so many of those going around.

It is not that Matt Moore or Shaun Hill are not starting quality quarterbacks, they would easily start for the Houston Texans or Oakland Raiders this season. It is that in those situations, behind Ryan Tannehill and Matthew Stafford, they understand their role as the backup. While Moore and Hill have tremendous ability, Tannehill and Stafford have that extra something that puts their ceiling just a little higher.

Enjoy your backups, cheer for them when the time does come for them to come into the game. Just try to have some perspective. Understand there is a reason they are the backup and the other guy is the starter.

Russell Wilson reportedly wants to be the NFLs highest paid player according to Jason Cole from Bleacher Report.

This is not a surprise. Every quarterback wants to be the highest paid player. It is almost a badge of honor.

But I would share some advice my father once gave me…

It is not a case that the Seattle Seahawks will not pay Russell Wilson.

It is not a case of Wilson not deserving a much more lucrative contract than the one he currently has.

It is simply a case of Wilson not deserving to be the highest paid quarterback in the NFL. He is not in that class. Not yet.

While Wilson is a very good quarterback he is not among the best at the position. That title belongs to Aaron Rodgers of the Green Bay Packers. Wilson may not even be the best quarterback of his draft class. You can easily argue that Andrew Luck hold that honor. Wilson may be a top-10 quarterback but he has not cracked the top-5 yet, so why should he get that kind of money.

Anyone advocating that Wilson get the huge payday will surely point to the two Super Bowls that he has played in. That is fair.

I have two words for those people: Mark Sanchez

Nowadays Sanchez is almost a punchline but once he was the ‘Sanchise’. After leading(let’s try to remember football is a team sport) the New York Jets to a couple AFC Championship games Sanchez was signed to a lucrative contract. Shortly after it was clear he was overpaid.

Like Sanchez, Wilson came to an already built team. The Jets like the Seahawks had a great defense. The Jets offense relied on a strong running game much like the Seahawks. Sanchez was not so much asked to win games as to not lose them.

Aaron Rodgers can carry his team, can Wilson. That will be the question. Right now Wilson is not in his class.

Right now Wilson does not deserve to be paid as the best quarterback in the NFL. That does not stop him from wanting it though.

It is awfully good to want things though… 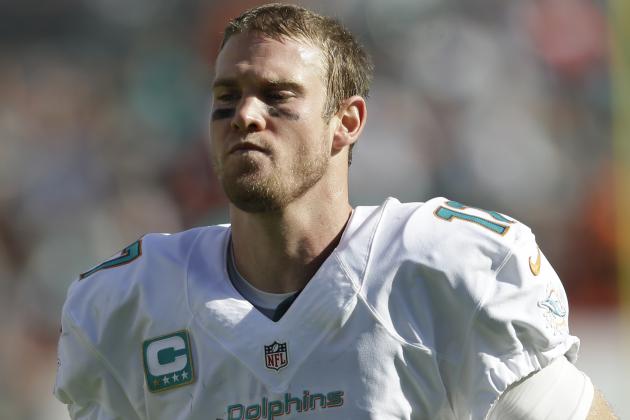 On May 19th quarterback Ryan Tannehill signed a contract extension keeping him with the Miami Dolphins through the 2020 season.

This is an important move for the franchise moving forward. Stability at the most important position can only help the rest of the team. Since Hall-of-Famer Dan Marino retired the team has searched constantly for a franchise quarterback. They have looked everywhere through free agency, the draft. Former starters, long time backups. It is a search many team make over time. It can hold an entire team hostage until they find the one.

Now Ryan Tannehill is still not a finished project. He does still have work to do but that is a good thing. Getting better every day is important to everyone.

Can his pocket presence be better? Yes.

Can his deep passing game improve? Of course.

A thousand little things can improve. But he has shown enough for the vote of faith.

That is a good start. Now is the time to find that next gear and see just how good he can be.